Picamilon’s diverse effects make it a truly unique supplement. Like all nootropics it boosts brain function, improving memory, concentration, motivation, attention span, and general productivity. But its energizing effects are only half the picture; it also calms, relaxes, and produces a tranquilizing effect that significantly reduces feelings of stress and anxiety.

This combination of energizing and calming effects, along with its low cost, ready availability, and lack of serious side effects, makes picamilon an increasingly popular choice for anyone who wants to manage stress and anxiety while maximizing their cognitive abilities

Picamilon’s broad range of effects include both cognitive enhancement and mood management, as follows:

Learning and Memory Enhancement
Picamilon has been shown to make learning faster and easier and to improve both memory retention and the speed of recall.
Better Concentration, Alertness, and Mental Stamina
By stimulating better flow and circulation of blood in the brain, picamilon has significant positive effects on a wide array of cognitive functions, including increasing the ability to focus thought and enhancing overall mental energy or stamina.
Mood Stabilization
Picamilon has been shown to have powerful anti-anxiety effects, markedly reducing the effects of stress. It may also help alleviate depression.
Brain and Body Relaxation Without Sedation
Users report that taking picamilon results in a feeling of pleasant relaxation without the mental fog or grogginess that is generally associated with sedatives or tranquilizers. Most people say it gives them a feeling of “calm energy”.
Lowers Blood Pressure
While not a positive in all cases, picamilon’s ability to lower blood pressure can be a significant benefit to those with hypertension that is increased by stress and anxiety.
Improves Sleep
Though it seems contradictory for a single supplement to both improve energy and make for better sleep, many picamilon users say it does just that. Since it is not a tranquilizer, sedative, or muscle relaxer, this effect could be due in large part to picamilon’s stress reducing and anti-anxiety properties.

Dosage:
Though picamilon is generally considered to be well-tolerated and mainly without serious side-effects, it is a very potent supplement and should be used responsibly. As with all supplements, it is wise to start with the lowest possible effective dosage and increase gradually as needed.

Recommendations for daily dosage vary considerably, depending to a large extent on the particular effects that you hope to experience. A cumulative dosage of between 50 and 400 mg per day is typical, with most users finding efficacy somewhere between 100 and 200 mg split over two to three doses. However for those who are primarily interested in picamilon’s cognitive enhancements and general mood stabilization lower dosages may prove to be best, while those seeking substantial increases in energy levels may wish to build to higher dosages.

Picamilon works relatively quickly and is fairly long-lasting. Users say effects are generally noticeable within an hour of ingestion and last for 4 to 6 hours. It is water-soluble and can be taken in either capsule or powder form, preferably on an empty stomach.

While some users prefer to cycle picamilon with other nootropics that have an anti-anxiety component, there is no evidence that taking it on a daily basis has any adverse effect.

Stacking:
Picamilon is effective in many modes: it can be taken alone on a daily basis, cycled with other supplements, or combined with other nootropics.

In a stack with racetam-class nootropics such as piracetam or pramiracetam, picamilon’s cognitive enhancement properties will definitely be potentiated. However depending on which racetam supplement you combine with picamilon, you could also experience heightened energy or relaxation effects, or even both. In combination with ampakine racetam supplements such as aniracetam and oxiracetam, both of which have stimulant properties, picamilon’s energy-boosting and mood-modulating effects will be enhanced.

Some users say combining picamilon with other supplements such as kava can increase its energy producing properties, while using it in combination with relaxant supplements like valerian will make its calming properties stronger. 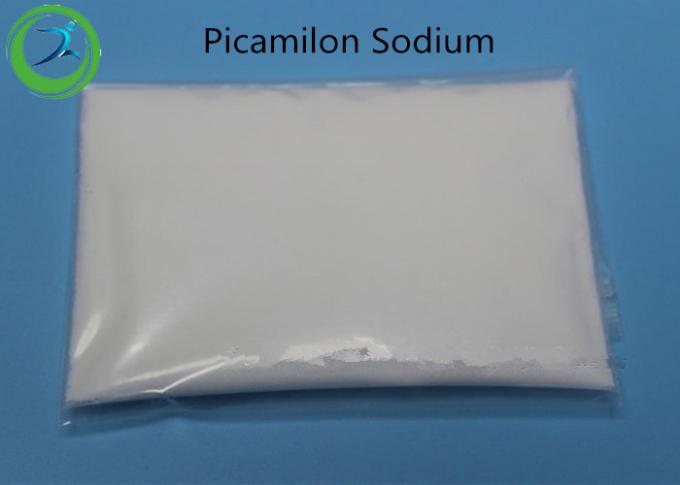