Procaine HCl is a local anesthetic drug of the amino ester group. It is used primarily to reduce the pain of intramuscular injection of penicillin, and it is also used in dentistry. Owing to the ubiquity of the trade name Novocain, in some regions procaine is referred to generically as novocaine. It acts mainly by being a sodium channel blocker.Today it is used therapeutically in some countries due to its sympatholytic, anti-inflammatory, perfusion enhancing, and mood enhancing effects.

Procaine can also cause allergic reactions causing the individuals to have problems with breathing, rashes, and swelling. Allergic reactions to procaine are usually not in response to procaine itself, but to its metabolite PABA. About one in 3000 people have an atypical form of pseudocholinesterase,which does not hydrolyze ester anesthetics such as procaine, resulting in a prolonged period of high levels of the anesthetic in the blood and increased toxicity. 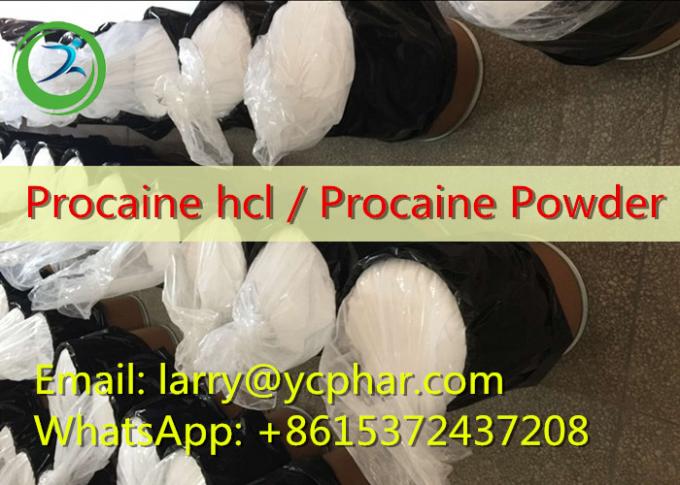