Melanotan 2 is a highly potent synthetic peptide analogue of the naturally occuring hormone α-MSH, that may elicit melanogenic, aphrodisiac and anorectic effects through non-selective stimulation of melanocortin receptors. Melanotan 2 consists of seven amino acids and is a cyclic, shortened lactam peptide hormone that has a molar mass of 1024.180 Da (g/mol) and is comprised of the amino acid sequence Ac-Nle-cyclo[Asp-His-D-Phe-Arg-Trp-Lys]-NH2.

The development of Melanotan 2 has been credited to scientists at the University of Arizona who hypothesized that peptide would stimulate melanogenesis, a process by which the pigment cells (melanocytes) produce melanin at the cellular level. After synthesizing and testing numerous peptides, these scientists, headed by Dr. Victor Hruby, discovered Melanotan and deemed it not only safe, but also approximately 1,000 times more potent than natural α-MSH.

How to use Melanotan II
Melanotan II is typically provided in vials containing 10 mg of lyophilized (freeze-dried) powder. The vials are reconstituted with a convenient amount of bacteriostatic or sterile water, added to the vial by syringe. An example convenient amount of water is 2.5 mL. When this amount of water is used, the resulting solution contains 4 mg of MT-II per mL. If for example wishing to take a dose of 1 mg, a volume of 0.25 mL, or "25 IU" as marked on an insulin syringe, would be taken by injection. Injection may be subcutaneous, intramuscular, or intravenous, according to personal preference.
Injection typically is only once per day, but where a person is first trying the drug and judging tolerance, injection may be divided into two smaller amounts per day.Typical dosage range is 0.5 to 2.0 mg/day, with a preferred range of 0.5 to 1.0 mg/day. However, it's best to first assess tolerance with lower dosing of 0.25 mg at a time.After reconstitution, a Melanotan II vial should preferably be consumed entirely within 30 days. Prior to reconstitution, MT-II should be stored in the refrigerator or freezer, but it's acceptable for it to be shipped without refrigeration.Use generally should be discontinued if MT-II, in the individual case, causes problems with increased growth, number, or darkness of moles.
Melanotan II's effect is fairly long-lasting. It can even be the case that it takes a year or more for a cycle's effect to largely disappear. Use of maintenance cycles can maintain effect indefinitely. As a rule of thumb, maintenance typically requires about 2 to 3 times as much MT-II per year as was needed for the first cycle. This can be taken either as a total of 2 to 3 cycles per year done in the same way as the initial cycle, or any more frequent dosing pattern providing this total amount of MT-II per year.

This peptide is a designed to stimulate the body's tanning response with minimal exposure to sunlight. This can be a wonderful way for those with fair to very fair skin to get tanned without having to spend weeks in the sun and going through the burn and heal process.

By using MT2, users experience quicker tanning and and faster healing to damaged skin cells than would otherwise be possible. Because of this, it is especially suited to those who's skin is pale; those who are at greatest risk of developing skin cancer. 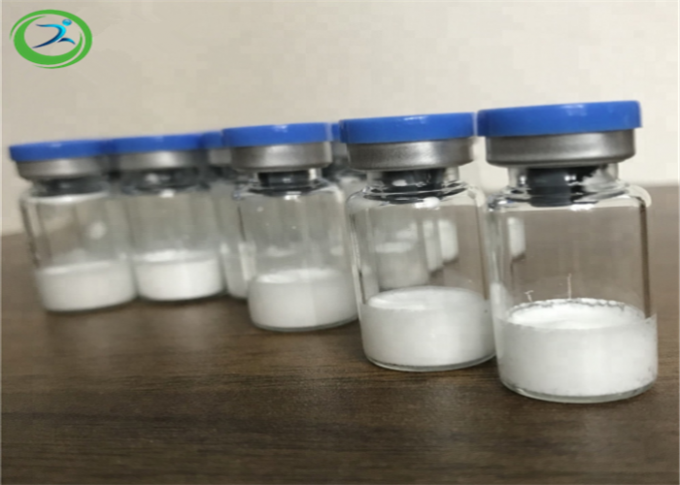