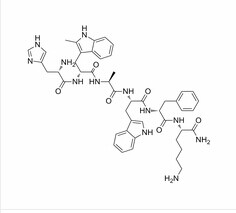 Hexarelin, on a mcg per mcg basis, is the most potent of the GHRP’s for GH release.

However, Hexarelin administration will quickly lead to desensitization when used at effective

dosages, which makes it less than ideal for long-term use. This limitation has led to a decrease

in popularity among users of GH peptides, with GHRP-2 and Ipamorelin leading the pack in

the area of long-term effectiveness. However, these limitations do not mean Hexarelin is

worthless. On the contrary, Hexarelin can be added to other GHRP’s (such as GHRP-2 &

Ipamorelin) in lower dosages, in order to elicit further elevations in GH without incurring the

desensitization that commonly presents itself when using Hex alone at peak effective dosages.

Recommendations for Hexarelin use:

* Hexarelin should be administered on an empty stomach. No food should be consumed at

* The average dosing range is between 100-150 mcg per inject. Dosing frequency is between

* In order to elicit maximal elevations in GH, Hexarelin should be combined with a GHRH,

* In order to avoid the rapid desensitization that typically accompanies Hexarelin use, it can be

limited to every other day usage, Hex can be used long-term, while increasing GH levels

beyond what is normally experienced when using average doses of GHRP-2 or Ipamorelin.

How to store and make Hexarelin:

Hexarelin can be stored at room temperature before it is reconstituted with bacteriostatic water. Gently mix the water into the vial making sure to not abruptly disturb the mixture. The peptides are actually quite brittle and should be handled with care. After water is added you must store the vial in a refrigerator to keep the peptides fresh.

The COA of Hexarelin : 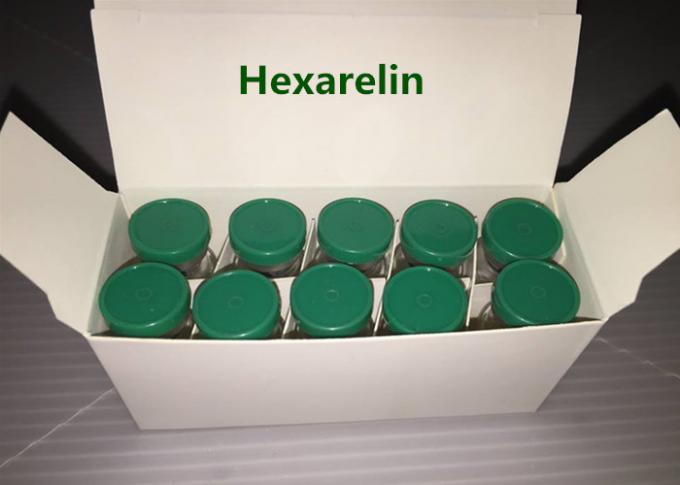