Selank is a nootropic, anxiolytic peptide based drug developed by the Institute of Molecular

Genetics of the Russian Academy of Sciences. Selank is a heptapeptide with the sequence

Thr-Lys-Pro-Arg-Pro-Gly-Pro. It is a synthetic analogue of a human tetrapeptide tuftsin.

Selank is a synthetic analogue of the immunomodulatory peptide tuftsin; as such, it mimics

many of its effects. It has been shown to modulate the expression of Interleukin-6 (IL-6) and

affect the balance of T helper cell cytokines. It has been shown to influence the concentration

of monoamine neurotransmitters and induce metabolism of serotonin. There is evidence that it

may also modulate the expression of brain-derived neurotropic factor (BDNF) in rats.

Selank, as well as a related peptide drug, semax, have been found to inhibit enzymes involved

in the degradation of enkephalins and other endogenous regulatory peptides, and this action

may be involved in their effects.

The Benefits of Selank:

Injecting Selank :
Selank produces systemic effect regardless of the injection spot. It can be injected

subcutaneously (under the skin) or intramuscularly (into the muscle). People mostly inject it

into the shoulder, tigh, buttocks or under the skin in the stomach fat area.

The Storage of Selank:

If possible, always store both the freeze dried powder and the mixed solution in refrigerator (do not freeze).

After reconstitution (liquid Selank):
liquid Selank should be refrigerated between 2 - 8 degrees celsius (36 - 46 Fahrenheit) at all

times. It should not be frozen.
when in liquid form Selank should be used within 20 days 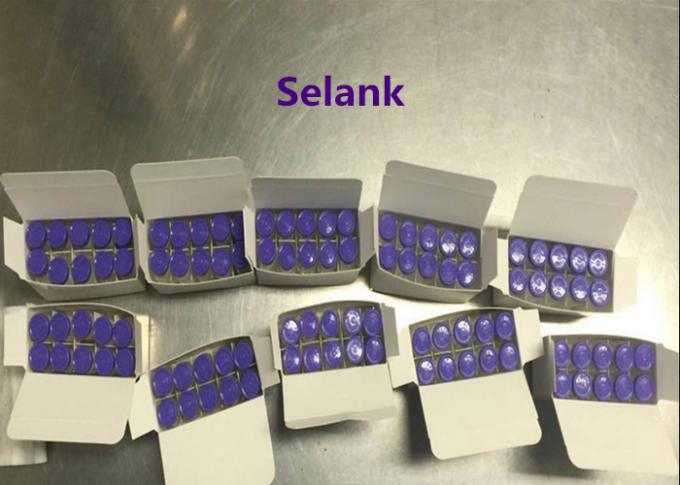