of the DHT hormone in that it possesses an added methyl group at the carbon 2 position.

This enhances the hormone’s anabolic nature, as well as protects it from metabolic

breakdown by the 3-hydroxysteroid dehydrogenase enzyme located in the skeletal muscle.

regulate its release time. This is what makes Masteron and while Drostanolone Enanthate can

also be found most all located Masteron will be the Propionate version.

The Benefits of Masteron Drostanolone Propionate:

The basic benefits of Masteron-Propionate are relatively simple; a leaner and harder physique.

nature if a physique has a thick layer of fat covering it; yes, this steroid will promote fat loss to

a degree but it will not on its own make a fat physique ripped to the bone. Masteron is most

beneficial when we are already in a lean state, when body-fat is already low; not only will it

appearance than without. To be specific, when speaking of low body-fat and the use of this

steroid we’re speaking of 8% or lower with 6% or lower being far more optimal.

it is by far hardly the most interesting benefit. By its nature Masteron-Propionate actively

inhibits the aromatase process to a degree. No, Masteron does not aromatize in the first place

but it appears to weaken the aromatase effect of many other anabolic steroids, such as

testosterone. As we have discussed Masteron hardens on its own but it is the anti-aromatase

effect that really brings out this trait, for it is the aromatase effect that causes estrogen buildup

and it is a buildup of estrogen that can often make a physique soft.

Without question, the most common reason to use Masteron is in a cutting cycle. Most

commonly, Masteron appears in cutting cycles at the end of a cutting plan, the latter half of

the cutting cycle once the individual is already fairly lean. Such use at this time will greatly

enhance the total look of the individual. While it can be used when you’re not quite as lean,

the results will be far more beneficial when at a lean state. Many find Masteron also helps

remove that last little bit of stubborn body fat that often hangs on for dear life. Then we have

the anti-estrogen component, and once lean this will only make the individual appear harder,

and that is one of the primary concerns of any competitive bodybuilder. As any veteran

bodybuilder will tell you, conditioning, specifically low levels of body fat and hardness are the

most important components of success on stage. Without such components the amount of

An example of an excellent cutting cycle for an advanced user would be: (6-10 weeks)

*150mg Testosterone propionate every other day

Of course with such an intermediate/advanced cycle, the user could also incorporate other

A more novice cutting cycle may consist of: (6-8 weeks): 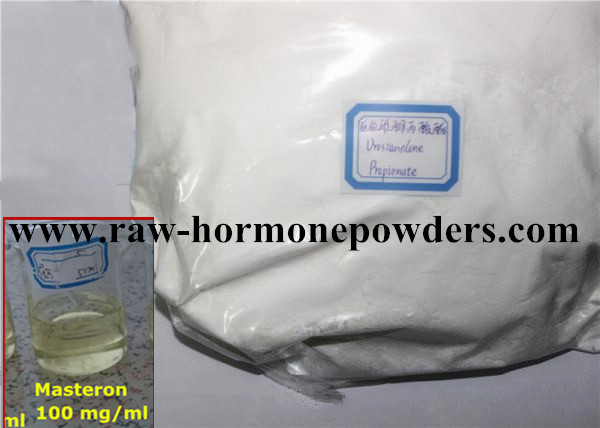 Delivery time: within 24 hours after we get your payment