Nootropics are a category of drugs that are often referred to as “Smart Drugs.” This title is earned
because these drugs have provided benefits in the areas of attention span, cognitions, recall and overall
memory enhancements that can improve one’s mental performance. Sunifiram is one such drug. Unlike
many of the drugs that fall under the heading of nootropics are all from the Racetam family except in the
case of Sunifiram. Sunifiram is referred to as an ampakine because it gains its effectiveness through the
increasing glycine receptor binding.

Dosage:
Sunifiram requires a much smaller dose than racetams for effectiveness. Based on a combination of user reports and information gained from animal studies, a dosage of 5 to 10 mg taken a maximum of three times per day is typically considered both safe and effective. Sunifiram is best taken sublingually for maximum absorption.

Stacking:
Sunifiram can be stacked with other nootropics, but users are cautioned to be both careful and conservative about sunifiram dosages in combination with other potent supplements, particularly until they’re sure how they react to sunifiram.

Stacking for enhanced cognitive effects: This is possibly the most common type of sunifiram stack and is best accomplished by pairing sunifiram with one or more of the racetams like piracetam, oxiracetam, or Noopept. Because racetams make a powerful draw on the brain’s choline stores, it’s important to add a good choline source like CDP choline, Alpha GPC, or centrophenoxine to this type of stack.

Stacking for mood enhancement: Aniracetam is known to stack well with sunifiram for mood enhancement. L-theanine, which enhances production of dopamine, serotonin, and GABA and acts as glutamine reuptake inhibitor, also stacks well with sunifiram. Sulbutiamine, which potentiates cholinergic, dopaminergic, and glutamatergic transmission, is another good addition to this type of stack. As always when a racetam supplement is used, a good choline source is important both as a potentiator and to prevent headaches and other unwanted side effects.

The COA of Sunifiram: 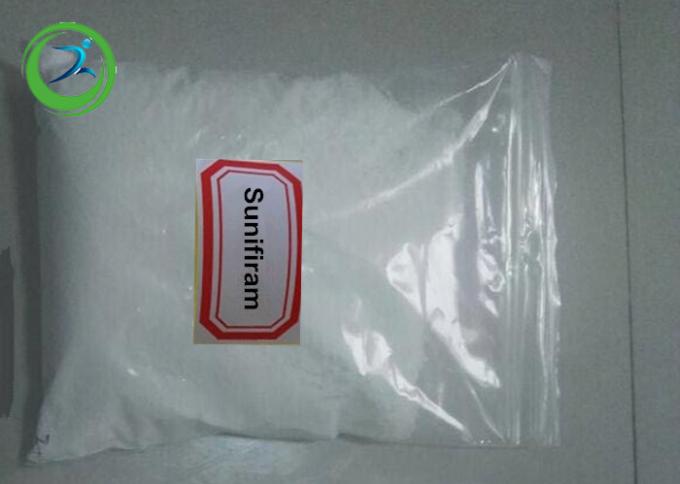