Nolvadex (tamoxifen citrate) is a non-steroidal anti-estrogenic drug, used widely in clinical medicine. It is specifically a Selective Estrogen-Receptor Modulator (SERM) of the triphenylethylene family, and possesses both estrogen agonist and antagonist properties. As such, it may act as an estrogen in some tissues while blocking the action of estrogen in others. In breast tissue tamoxifen citrate is a strong anti-estrogen, and as a result it is commonly used in the treatment of hormone-responsive breast cancer in women. In some cases it is even utilized as a preventative measure, taken by women with an extremely high familial tendency for breast cancer. In male bodybuilders and athletes, Nolvadex is commonly used (off-label) to counter the side effects caused by elevated estrogens subsequent to the use of certain anabolic/androgenic steroids.

The primary worry among the athletic/bodybuilding population is gynecomastia, or the very unsightly development of female breast tissue in men. This can be first noticed by the appearance of swelling or a small lump under the nipple. If left to progress, this can develop into a large hard-tissue gynecomastia that may be an irreversible occurrence without surgery. The estrogen can also lead to an increase in the level of water retained in the body, resulting in a notable loss of definition as the muscles begin to look smooth (even bloated) due to the retention of subcutaneous fluid. Fat storage may also be increased as estrogen levels rise in men. In fact, differences in the estrogen/androgen ratio are one of the reasons women have a higher body fat percentage, and different fat distribution (hips/thighs), than men.

Nolvadex also possesses the ability to increase production of FSH (follicle stimulating hormone) and LH (luteinizing hormone). This is accomplished by blocking negative feedback inhibition caused by estrogen at the hypothalamus, which (via the actions of GnRH) fosters the release of the mentioned pituitary hormones. This is very similar to the function of Clomid and cyclofenil. Since a higher release of LH can stimulate the Leydig’s cells in the testes (men) to produce more testosterone, tamoxifen citrate can have a positive impact on one’s serum testosterone level. This “testosterone stimulating” effect is an added benefit when preparing to conclude a steroid cycle. Since anabolic/androgenic steroids tend to suppress endogenous testosterone production, tamoxifen citrate can help restore a balance in hormone levels. It is most commonly used as part of a comprehensive post cycle recovery program (see Post Cycle Recovery).

Administration:
In women and men with metastatic breast cancer, a dose of 10-20 mg is administered twice a day (morning and evening). When used by men (off-label) to mitigate the estrogenic effects of anabolic/androgenic steroid use, a daily dosage of 10-30 mg (1-3 tablets) is usually administered while any offending steroids are taken, or as part of a comprehensive post-cycle hormone recovery program. 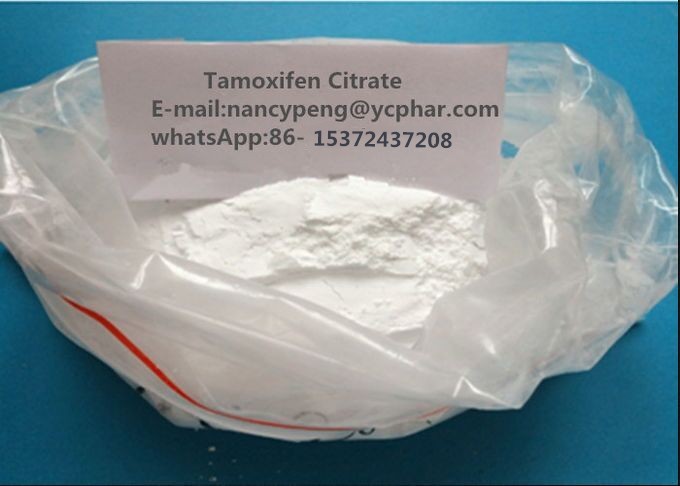