ACE-031 (Neuromuscular Disease) ACE-031 is a novel, muscle-building agent that is being developed for the treatment of patients with Duchenne Muscular Dystrophy with the goal of improving strength and preserving physical function. What is ACE-031? ACE-031 is an investigational protein therapeutic that builds muscle and increases strength by inhibiting molecules that bind to and signal through a cell surface receptor called Activin Receptor Type IIB (ActRIIB). ACE-031 is a recombinant fusion protein that is produced by joining a portion of the human ActRIIB receptor to a portion of a human antibody. This creates a freely circulating, decoy version of ActRIIB which removes proteins, such as GDF-8 (myostatin) and other related molecules that limit the growth and strength of muscle. Muscle growth is regulated by proteins in the TGF-ß protein superfamily that serve as "on" or "off" switches for muscle production. Several molecules including GDF-8 interact with the ActRIIB receptor and send an "off" signal to stop muscle production. In the absence of these "off" switch molecules that signal through the ActRIIB receptor, muscle mass increases dramatically. n nature, this effect has been observed in numerous species, particularly in animals that have been bred for increased musculature and strength. For example, Belgian Blue cattle lack the gene for GDF-8, which is one of several molecules that activate the ActRIIB receptor. A deficiency of this protein results in cattle with tremendously developed musculature and strength. Similar effects have been observed in other species, including rodents, dogs and even humans. ACE-031 Builds Skeletal Muscle Treatment with ACE-031 promotes muscle growth by inhibiting ActRIIB signaling. ACE-031 binds to proteins that signal through the ActRIIB receptor to limit muscle growth. When ACE-031 binds to these proteins, it prevents them from interacting with the ActRIIB receptor, thus allowing muscle to grow. Moreover, because ACE-031 prevents GDF-8 and other proteins that regulate muscle mass from signaling through the ActRIIB receptor, its effects on lean muscle exceed those of inhibitors of GDF-8 (myostatin) alone. When animals are treated with ACE-031, they experience growth in lean muscle and are considerably stronger than their untreated counterparts. This has been shown in several species, and in both healthy animals and in animals with diseases associated with muscle weakness and wasting.

ACE-031 causes a huge increase in muscle mass and muscle strength that can supposedly compete over even the most efficient hardcore volume steroids, such as Oxymetholone.
Taking ACE-031 results in the fast and almost immediate increase of muscle hardness
ACE-031 promotes fat burning

Dosage:
Even a small dose of ACE-031 of 1 mg can have a substantial effect. Sportsmen taking 1 mg of ACE-031 once a week over the period of 3-4 weeks report nearly an immediate increase in the muscle hardness and the rapid growth of muscle mass and strength to an extent exceeding even the most efficient hardcore volume anabolic-androgenic steroid, such as Oxymetholone!

Another dosing option is to start with the dose of 200 mcg of ACE-031 per day and to increase the dose every week by 100 mcg, whereas the treatment cycle should last again 3-4 weeks.
Once a cycle with ACE-031 is completed, a break in the duration of two weeks is recommended.

Note:
Note that ACE-031 is a very vulnerable substance! Therefore, it should be administered as a single. When combined with other peptides (mixed into the same syringe), it can be damaged. You should not even shake the bottle with the content of the reconstituted ACE-031 and even a little more rigorous injection of an antibacterial solution into the vial with ACE-031 may cause damage of peptides in the upper layer of the powder. 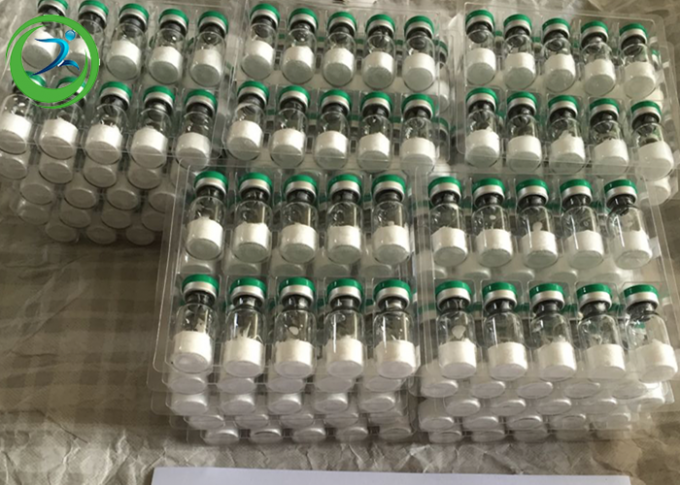