For starters, Trenavar is a powerful type of oral non-methylated prohormone that is also called Trendione. Its chemical name is estra-4,9,11-triene-3,17-dione and considered as 10 times more androgenic than testosterone. Akin to its counterparts, Trenavar’s half-life is about 6 to 8 hours. Other names for this prohormone include Trenabol, Tren Elite, T-Var 15 and Super Trenabol.

The name “Trenavar” is actually a combination of the words “Trenbolone” and “Anavar,” which easily gives you an idea of its effects when cycled. This compound is so powerful that it is often described in bodybuilding forums as “the steroid of choice to the gods” for its “transformational” benefits to the body.

This prohormone is so fast-acting that users logged that they were able to see results just after 7 to 10 days after their first dose of Trenavar. However, the only downside is Trenavar can reduce your overall endurance levels, which can make it tricky for you to really last for as long as you can when you’re taking on cardio exercises.

Now while Trenavar is considered as a unique prohormone, it shares a lot of similar attributes with Trenbolone, an injectable steroid that’s also got a lot of followers in the bodybuilding world. What separates the two from each other is the fact that the former is only a ketone at the 17th position away from the latter in their chemical structures.

Interestingly, Trenavar and Trenbolone – also known as “Tren” – are so alike that cycling with this prohormone will actually lead to the stimulation of the naturally active trenbolone in the body, leading to greater vascularity, faster loss of fat as well as considerable boosts in size and strength. This is because Trenavar targets the 17b-Hydroxysteroid dehydrogenase type 1 (17b-HSD1) when it gets metabolized by the body. As soon as the compound of Trenavar gets hydrogenated inside the system, its conversion into Trenbolone takes place.

Besides the similar benefits, bodybuilders also go for Trenavar for its convenience in terms of dosing. Come to think of it. Why go through the hassle of injecting when you can virtually take the same stuff orally? It can be also used as a standalone prohormone or a part of a stack.

This prohormone is the only proven compound that gets converted into Trenbolone when metabolized by the body. Now while there are a number of Trenavar “clones” that you can go for, these actually convert into dienolone, which is much weaker in comparison.

Trenavar is quite versatile and is commonly used by bodybuilders during contest prep as well as off season. Many experienced users of this prohormone report that this compound has the ability not just to retain, but also pack on extra mass during these times when combined with a low-calorie diet.

Additionally, Trenavar doesn’t convert into estrogen and won’t trigger any estrogenic side effects when cycled. However, it is still crucial that you have to get a proper post cycle therapy or PCT going after cycling with this prohormone to stave off any adverse side effects.

These are the proven benefits of Trenavar that you’re going to get if you’re planning to integrate this powerful prohormone in your bodybuilding arsenal:

Given the power and intensity of Trenavar, this prohormone should only be cycled for 30 days and in lower doses compared to its counterparts.

Experienced users highly suggest that newbies should begin with a dose of 10 to 20mg taken in split intervals each day to discern how high of a dose they can tolerate without experiencing side effects.

Starting with a higher dose can easily lead to side effects, especially during the third week of use. When your body has acclimatized to Trenavar, you can bump up your dosage to 30 to 40mg in split doses daily.

When you’re planning to stack Trenavar with other prohormones, experienced users recommend Primobolan, Testosterone, Epistane and Equipoise. Although there are some users who pointed out in bodybuilding forums that they’ve stacked Trenavar with another progestin like Deca Durabolin, this is only reserved for seasoned people who already have a high experience in using prohormones and anabolic steroids.

Whether you’re using Trenavar as a standalone prohormone or as a part of a stack, it is still crucial to have an on-cycle support to stave off the possibility of experiencing hypertension and liver issues. 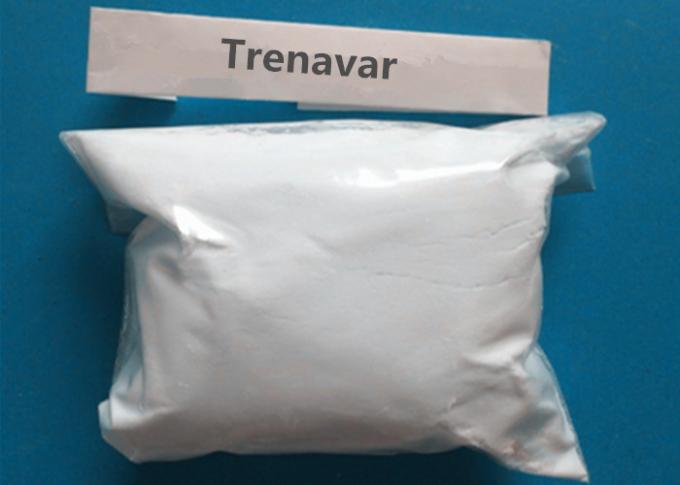