NSI-189 Background:
NSI-189 is a benzylphiperizine-aminiopyridine, nootropic and neurogenic research chemical created by Neuralstem, Inc. that was derived from pyrazine and nicotinamide. Studies have shown that it stimulates neurogenesis of human hippocampus-derived neural stem cells in vivo and vitro . In healthy adult mice, NSI-189 has been shown to increase the hippocampal volume by 20% and reverse behavioral symptoms in mouse depression models, meaning at the source it could address depression . The hippocampus is responsible for spatial navigation, along with the consolidation of information from short-term memory to long-term memory.

The chemical entity stimulates new neuron growth in the hippocampus, which is an area of the brain that is believed to be contributory in conditions such as post-traumatic stress disorder (PTSD), Alzheimer’s disease, and major depressive disorder (MDD).

NSI-189’s Method of Action:
Although it has been demonstrated in rats and chimps, the suggestion that having too small of a hippocampus causes depression and other diseases in humans is still technically just a theory. NSI-189 increases hippocampal volume in adult mice by 20%, a region of the brain that is one of the first to suffer damage resulting in memory loss, disorientation, encephalitis, and hypoxia from disease’s such as Alzheimer’s .

NSI-189 Benefits:
Tests have shown that NSI-189 significantly improved behavioral responses that are associated with depression . In humans it may counter hippocampal atrophy which is seen in disorders such as MDD, reversing their symptoms. A phase 1B randomized, double-blind, placebo-controlled, multiple-dose escalation study conducted over a 28 day period showed behavioral efficacy in 24 patients who were orally administered NSI-189 . The efficacy measurements showed a clinically meaningful reduction in cognitive and depressive symptoms across all measures, and appeared to persist over time during follow up for the efficacy assessments which included the Clinical Global Impression - Improvement (CGI-I), Montgomery-Aserb Depression Rating Scale (MADRS), Cognitive and Physical Functioning Questionnaire (CPFQ, and the Symptoms of Depression Questionnaire (SDQ) .

Dosing NSI-189:
Phase 1A tested escalating doses of the neurogenic compound NSI-189 in healthy patients, 1B tested the safety of escalating doses in 24 depressed patients over the course of 28 days . During phase 1B patients were administered 40 mg per day, and 80 mg per day, and at the highest dose 120 mg per day. No serious adverse events occurred during the time of the study and the drug was well tolerated. Reduction in cognitive and depressive symptoms were observed across all measures for the two lower doses 40 mg/day and 80 mg/day but not for the highest dose 120 mg/day .

Other information:
The main limitations of the phase 1B study was the small sample size of each cohort, and also the fact that efficacy analyses were not the primary focus. In summary, NSI-189 looks promising as a potential treatment for MDD in a Phase 1B, double-blind, randomized, placebo-controlled, multiple-dose study with three ascending cohorts.

The preliminary findings are supportive of the view that neurogenesis-based platforms are capable of identifying auspicious new treatments for MDD. However, further studies are imperative to confirm the preliminary observations. Neuralstem intends to pursue further clinical trials for various encephalopathic conditions including post-traumatic stress disorder, traumatic brain injury, and natural aging. 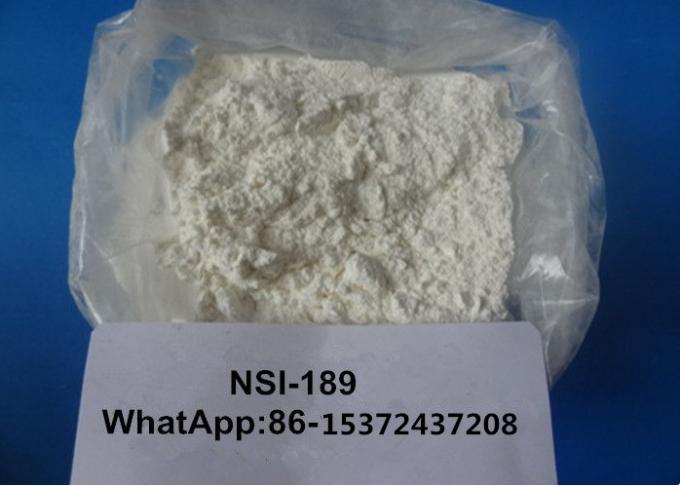