1. Palmitoylethanolamide (PEA) is an endogenous fatty acid amide, belonging to the class of nuclear factor agonists. PEA has been demonstrated to bind to a receptor in the cell-nucleus (a nuclear receptor) and exerts a great variety of biological functions related to chronic pain and inflammation. The main target is thought to be the peroxisome proliferator-activated receptor alpha (PPAR-alpha).

2, PEA also has affinity to cannabinoid-like G-coupled receptors GPR55 and GPR119. PEA cannot strictly be considered a classic endocannabinoid because it lacks affinity for the cannabinoid receptors CB1 and CB2. However, the presence of PEA (and other structurally related N-acylethanolamines) has been known to enhance anandamide activity by a so-called "entourage effect".

3, Several papers have demonstrated that an imbalance of the endocannabinoid system (ECS) and alterations in the levels of PEA occur in acute and chronic inflammation. For instance during beta-amyloid-induced neuroinflammation the deregulation of cannabinoid receptors and its endogenous ligands accompanies the development and progression of disease.

4. PEA has been shown to have anti-inflammatory, anti-nociceptive, neuroprotective, and anticonvulsant properties.

Palmitoylethanolamide is present in many bodily tissues and cells. It is essential in the protection of cells and tissue against harmful stimuli due to lack of oxygen, mechanical damage or damage due to inflammation. On top of that, palmitoylethanolamide is an anti-inflammatory that has been proven effective against flu and colds among others.

(2) Palmitoylethanolamide (PEA) binds to nuclear receptors in cells and produces a variety of effects that help deal with chronic pain and inflammation. This is our bodies’ way of battling these issues and it works rather well, since palmitoylethanolamide is a natural substance with no side-effects whatsoever. The problems occur when the pain is chronic, since our bodies can’t produce enough PEA. The help comes in the form of capsules containing PEA as a supplement. This is the perfect way to increase the amount of palmitoylethanolamide in your organism to help you deal with almost any kind of pain.

(3) Moreover, since it is basically a fatty acid amide, there is no way to overdose on it and having in mind that it has no side effects and that there have been no known issues that come from combining it with other medicine, PEA seems like the perfect choice for anyone experiencing any kind of pain.

(1) Using palmitoylethanolamide (PEA) is a way to deal with fevers that is as natural as the cause of fever itself. PEA has been known to relieve pain and have great anti-inflammatory effects, but it has been proven to stabilize the mast cells as well. These cells play an important role when it comes to hay fever and managing their operation can have extremely positive effects on reducing inflammation.

(2) Higher concentrations of pollen in the air make the mast cells overly active and they produce substances that cause the symptoms of hay fever.

(3) Hay fever is usually controlled by using antihistamine. However, they have very adverse side effects. PEA has no side effects; it can be given to children and there is virtually no way of overdosing. Moreover, palmitoylethanolamide can be used as prevention. This is very important as hay fever is a recurring condition whose timing can be estimated somewhat accurately, so taking PEA for prevention can completely remove problems with fever.


(1) Palmitoylethanolamide can be found in our bodies as it is a natural compound that is used to reduce inflammation and pain. Ever since 1980s scientists have known about amazing anti-inflammatory effects of PEA. In about two decades before that there had been numerous studies that separated PEA from other anti-inflammatory treatment methods due to its fantastic effects and utter lack of side effects which makes it perfectly suitable for children as well.

(2) One of the studies from 1975 published in The Lancet compared the effects of 3 g of aspirin a day to 1.8 g of PEA a day. The effects of both were noticeable improvements in join movement and reducing pain.

(3) Aside from being an effective treatment for inflammation, palmitoylethanolamide can also be used to prevent inflammation in the first place. Moreover, using it as prevention bears no dangers whatsoever. Taking PEA has no side-effects and overdosing is virtually impossible.

(1) The brain uses a lot of energy and it is the place where many free radicals are formed. This can cause serious issues with nerve tissue and palmitoylethanolamide may serve as the most natural and effective protection. The same goes for ischemia-reperfusion injury which has been known to occur after a stroke, as well as various acute damages that may affect the central nervous system.

(2) Palmitoylethanolamide has this effect mostly due to its ability to bridge the gap between blood and nerves. It can at the same time provide protection for the nervous tissue and blood vessels and thus give complete defense for the entire system. Aside from reducing inflammation, PEA also re-establishes homeostasis levels of nitrotyrosine and iNOS.

(1) Effects of palmitoylethanolamide for treating cold and flu are well documented. The same goes for battling fevers and any kind of inflammation. Its popularity is even more boosted by the fact that it has no ill effects and that it is completely natural. What is less familiar is the mechanism that lies behind this effectiveness.

(2) Its importance became familiar in the 1970s after several double blind and placebo controlled studies. These proved that there are absolutely no side effects and that PEA can be used by senior patients and children alike.

(2) Moreover, mast cells are present all over the body, so the inflammatory elements can reach a wide variety of places inside our bodies. Palmitoylethanolamide has been very effective when it comes to stabilization of mast cells. Plus it affects mast cells wherever they are, since it can affect places as varying as blood and nerves.

PEA has had amazing effects when it comes to relieving problems for patients with MS pains and spasms, and also the ones with Parkinson’s disease. Most of these problems have been treated with things like Valium, baclofen, gabapentine and pregabaline, but these do come with severe side effects. Others have used cannabis, but it is not something that all people want to use and it is illegal in many countries. 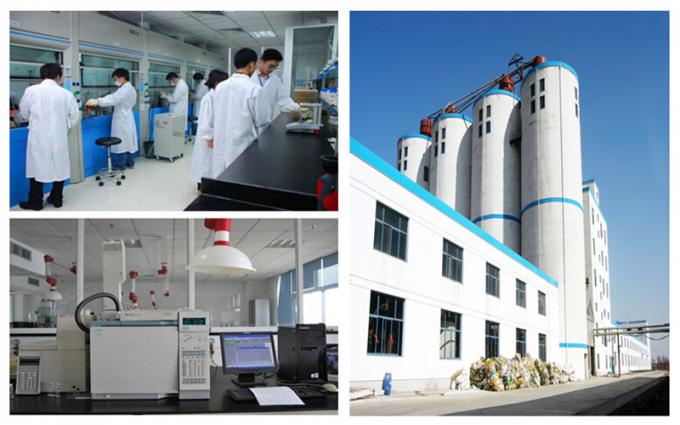