Acetyl-L-Carnitine, or ALCAR, is a form of the micronutrient L-carnitine, which is a derivative of the amino acid lysine. The body naturally produces L-carnitine, which can also be synthesized from animal proteins in the diet. While studies suggest that actual carnitine deficiency is relatively rare in healthy people with no metabolic disorders, supplementation has nonetheless proven to be of substantial benefit in many ways, from promoting heart health to enhancing brain function.
ALCAR is one of several forms of L-carnitine supplements, all of which have been extensively studied and shown to offer major physical and mental benefits. ALCAR, which is L-carnitine to which an acetyl group (-COCH3) has been added, is thought to be the most bioavailable form of L-carnitine. Unlike other forms of L-carnitine, which help convert fat to energy in the body proper, ALCAR readily crosses the blood-brain barrier and acts within the brain itself. Its primary actions are related to brain function.

2.An Effective Neuroprotectant:preventing and even repairing damage caused by free radicals that scavenge and damage brain cells. It also helps the brain rid itself of other toxins and is thought to reduce cell death due to excitotoxicity, a pathological process triggered by the overactivation of glutamate receptors. ALCAR improves the neural network by strengthening nerves and signal receptors and has even been shown to protect the brain against the harmful effects of drinking alcohol.

3.Potential Treatment for Age-related Disorders:One of ALCAR’s most exciting prospects is as a treatment for age-related neurological disorders, including Alzheimer’s Disease. It has been shown to effectively slow decline in Alzheimer’s patients and reduce age-related memory loss. Other studies showed that ALCAR helps restore ambulatory capability in the aged and acts as a mood elevator and anti-depressant in the elderly.

4.Physical Health Benefits:
Nootropic capabilities are only part of what ALCAR has to offer.
There is significant evidence that ALCAR can be of substantial benefit to people with physical disorders typically associated with aging, including high blood pressure, diabetes, and metabolic syndrome.
It has proven to be effective in treating nerve pain, improving kidney function, and promoting heart health.
ALCAR is sometimes used to treat male infertility and ameliorate the symptoms of andropause and erectile dysfunction. It is also used to combat Peyronie’s disease, an inflammatory condition that affects the penis.
It is currently being tested as a potential treatment for chronic fatigue syndrome and as an adjunct treatment for fatigue in cancer patients.

Dosage:
Recommendations for the daily dosage of ALCAR vary considerably, starting with 250-500 mg per day. A dose of 500 mg per day, taken all at once or split into smaller doses, is considered a good starting point for most healthy adults. From that point, dosage can be adjusted as needed to realize maximum results. The elderly may benefit from higher doses.

For peak daytime brain function, the initial dose of ALCAR should be taken in the morning, though some users say ALCAR works best when split into two or more doses taken at intervals throughout the day. Taking ALCAR late in the evening can result in disruption of the normal sleep cycle. ALCAR can be taken on an empty stomach, but users who experience gastrointestinal upset report that it can be minimized or avoided by taking ALCAR with food.

Stacking:
ALCAR’s effects are truly potentiated when combined with other nootropics. It is commonly included in stacks that feature nootropics in the racetam family, allowing them to each function to their fullest potential. Since ALCAR works in tandem with the acetylcholine system, it may also be a good idea to include a choline precursor, such as Alpha GPC, in your stack.
ALCAR and Piracetam Stack:
1x per day
500 mg ALCAR
4.8 g Piracetam
300 mg Alpha GPC

The COA of ALCAR: 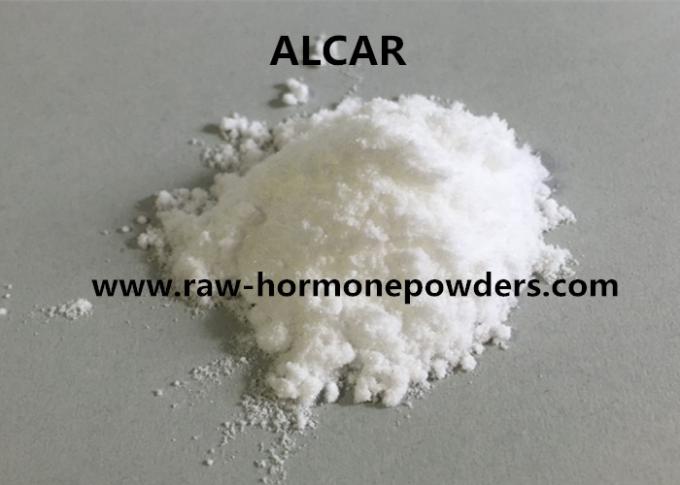