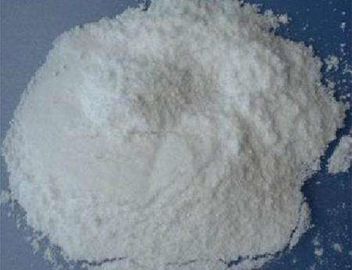 Magnesium stearate is a soap,consisting of salt containing two equivalents of stearate (the anion of stearic acid) and one magnesium cation (Mg2+). Magnesium stearate is a white, water-insoluble powder. Its applications exploit its softness, insolubility in many solvents, and low toxicity. It is used as a release agent and as a component or lubricant in the production of pharmaceuticals and cosmetics.

Magnesium stearate (also known as octadecanoic acid) is a white magnesium salt that is solid at room temperature. It has the chemical formula C36H70MgO4. It is a salt containing two equivalents of stearate (the anion of stearic acid) and one magnesium cation (Mg2+). Stearic acid is a saturated 18 carbon chain fatty acid that is frequently found in meats as well as plant foods. The highest-quality vegetable based magnesium stearate we use in some of our formulations contains 92%-97% stearate with trace amounts of palmitate, a saturated 16-carbon chain fatty acid frequently found in foods. Due to its high stability it is unlikely that the body absorbs any of the magnesium stearate in a supplement formulation. Stearic acid itself, In supplement dosage forms, is used as an emulsifying agent, solubilizing agent, tablet and capsule lubricant.

Magnesium stearate melts at about 88°C, is not soluble in water, and is generally considered safe for human consumption (GRAS). Because it is widely regarded as harmless, it is often used as a filling agent in the manufacture of nutritional and pharmaceutical formulations. Magnesium Stearate serves as an efficient lubricant for mold release purposes during tabletting processes. Its hydrophobic (i.e., water-repelling) properties prevent finished products from absorbing water and improve flowability during capsule filling.