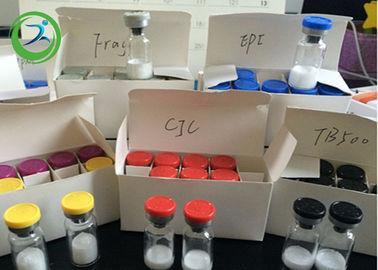 GHRP - 2 is a true hGH secretagogue. Which means it stimulates the body’s own secretion of hGH as explained in the study below. Human Growth hormone has been shown in studies to promote lean body mass and reduce adiposity (fat). ‘The group compared ITT to stimulation with GH releasing peptide 2 (GHRP-2). The synthetic hexapeptide, also named pralmorelin, is derived from a metenkephalin peptide.

It is the most potent of the family of synthetic GH stimuli known in humans and acts via the endogenous ghrelin receptor (12). As these receptors have been identified both in the hypothalamus and the pituitary, GHRP-2 action may not be restricted to the pituitary.It has been reported that growth hormone (GH)-releasing peptide-2 (GHRP-2), a ghrelin receptor agonist, has an anti-inflammatory effect.