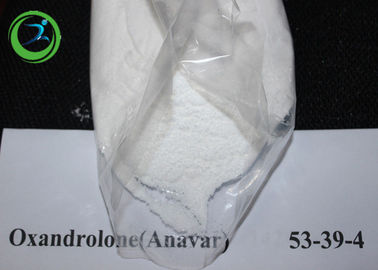 If you want a highly effective yet safe and affordable anabolic steroid for cutting cycles, lean muscle building cycles, or fat loss, Anavar or Oxandrolone would be an ideal choice for you.

Anavar is an intriguing drug on so many levels. It seems to defy the definition and limitations of oral steroids. You have read about its “clean gains” and relative safety. Curiously, it’s so safe that unlike other steroids, which were used for malnutrition and anemia, Anavar was originally prescribed mainly for burn victims. In a randomized, double-blind study, patients with 40% total body surface area burns were selected to receive standard burn care plus oxandrolone, or without oxandrolone. Oxandrolone was used to help regain weight lost after surgery, severe trauma, or chronic infections. Those treated with oxandrolone showed quickened healing, improved body composition, preserved muscle mass and reduced catabolism and consequently lessened hospital stay time. No wonder it was of interest to bodybuilders!

Some people may think Anavar is a bit overrated because you don’t “blow up” from water retention like you would on Dianabol or Anadrol or Testosterone. But no one can deny that the muscle is quality and long lasting. More than that, there is a fat burning benefit that’s always discussed on the forums.

Many claim that anavar helps burn fat. Any steroid will build muscle and burn fat. Since you need to train and have your diet in check for best results, there’s a tendency to look leaner. But with Anavar, the muscles seem more defined because of its inability to hold water. Nevertheless, there have been studies that have shown Anavar to significantly reduce visceral fat in the stomach area with just moderate exercise. And the subjects kept the fat off after discontinuing usage.

Oxandrolone is both an anabolic steroid and has all the properties of an androgenic drug. The actions of the Oxandrolone is similar to testosterone. But Anavar is often called a weak testosterone. It has two advantages compared to other steroids. Firstly, it does not converted into estrogen and it does not significantly influence the hypothalamic pituitary tract at low doses. What this means is that because it is not broken down to estrogen, males will not develop breast enlargement Secondly, because it does not affect the hypothual pituitary axis. It dose not affect the suppression of testosterone. This means that the individual taking Anavar will not have such side effects like loss of libido, impotence or testicular atrophy- features that are commonly seen with other anabolic steroids.

Prior Anavar doses recommended by the anabolic steroid using community for the purpose of performance enhancement were in the range of 15 - 25mg per day for beginners. However, an Anavar dose in the range of 20 - 80mg per day is required for AIDS patients to halt and reverse muscle wasting. With this having been established, it is safe to say that a beginner Anavar dose should be in the range of 30 - 50mg per day. Beginners are known to typically respond much better to lower doses of various compounds than do intermediate anabolic steroid users, or advanced. This is very much the case presented here, and with Anavar’s strength being that of at least 3 times that of Testosterone, a beginner should be able to make considerable gains from the range established above. Intermediate Anavar dosages typically land in the range of 50 - 80 mg per day, and advanced users seldom rise much higher than that range, where the uppermost range for advanced users would be 80 - 100mg per day.

It must be first understood that Anavar is commonly stacked with other anabolic steroids in a cycle. This is mainly due to the fact that many regard Anavar as a mild anabolic steroid, and therefore it necessitates the need for other stronger anabolic steroids to be used with it.Although, it is important to remember that the definition of an advanced anabolic steroid user (when it comes to any anabolic steroid) is not high doses.It is also common for many users to want to utilize Anavar as the primary anabolic in any cycle, where Anavar dosages may land at the upper end of any of the given ranges while other compounds run in a stack are kept low (such as Testosterone Replacement Therapy - TRT - doses of Testosterone).As with most oral steroids, Anavar is best stacked with at least one injectable. Just anavar and testosterone work very, very, well. After the cycle, it is recommended to use HCG with a perfect PCT to solidify the gains made and to retain the muscle mass from a Test-Anavar cycle.