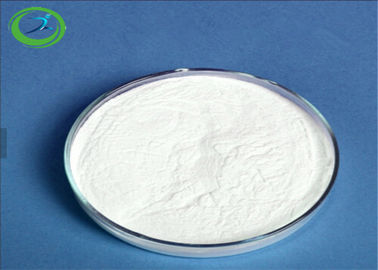 Procaine hydrochloride is a local anesthetic that can temporarily block the conduction of nerve fibers and has a narcotic effect, the role of strong, low toxicity, and no addiction, but the skin, mucous membranes

Procaine HCl is a local anesthetic drug of the amino ester group. It is used primarily to reduce the pain of intramuscular injection of penicillin, and it is also used in dentistry. Owing to the ubiquity of the trade name Novocain, in some regions procaine is referred to generically as novocaine. It acts mainly by being a sodium channel blocker.Today it is used therapeutically in some countries due to its sympatholytic,anti-inflammatory, perfusion enhancing, and mood enhancing effects.

Procaine can also cause allergic reactions causing the individuals to have problems with breathing, rashes, and swelling. Allergic reactions to procaine are usually not in response to procaine itself, but to its metabolite PABA. About one in 3000 people have an atypical form of pseudocholinesterase, which does not hydrolyze ester anesthetics such as procaine, resulting in a prolonged period of high levels of the anesthetic in the blood and increased toxicity.

"Pro" means replacement, "cocaine" comes from the word cocaine. Because the names are similar, because they are all anesthetized, there is a lot of confusion about the nature of procaine. Sporaine acts as an anesthetic when injected into the muscle, but when taken as a compound in combination, procaine acts as a vitamin. The procaine HCl solution used as an anesthetic was named Norcaine.

Chemical procaine is the PABA ester of amino alcohol DEAE. PABA (p-aminobenzoic acid) is a "B" vitamin. DEAE, (n, n diethylaminoethanol) is a biologically active precursor of & quot; B & quot; vitamin choline. (Figure 1) procaine is usually used in the form of hydrochloride (procaine HCl) because it is highly water soluble. Oral administration of procaine hydrochloride is mainly absorbed through the small intestine villi into the body. Experiments show that most of the procaine HCl enters the blood completely through the molecular formula. In the blood, procaine HCl is rapidly hydrolyzed into the PABA and DEAE by the enzyme, which is the two components of the procaine molecule. These metabolites are removed by the liver, chemically changed, and excreted in the urine.