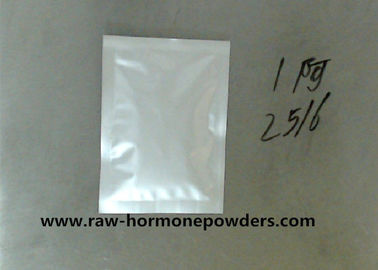 AICAR is a peptide, which is an intermediate within the generation of inosine monophosphate and directly related to metabolic regulation. The most important mechanism that AICAR is known for is its ability to block enzymes both in intracellular and extracellular levels, which, in turn, allows for an accelerated stimulation of glucose uptake and increase protein kinases in skeletal muscle tissue. These two functions allow for more energy conversion, which helps burn fat and also sustain output in activity. This is what scientists and athletes/bodybuilders are interested in.

AICAR’s principal mechanism of action is activation of AMPK (AMP-activated protein kinase.) Activating AMPK, therefore, causes the same cellular machinery (so to speak) to be turned on as if the cell were energy deprived, for example from intensive exercise, or from low caloric intake.

AICAR, at sufficient and quite substantial concentration, is effective at activating AMPK and inducing a cellular state as if exercise had been performed, or energy stores were low and fat therefore needed to be burned.

AICAR uses metabolic pathways to block certain enzymes, which allows for AMP-activated protein kinase. This can be explained to the layperson like this: once you take a substantial amount of AICAR, it tricks your body at a cellular level in to thinking that exercise has just been preformed. Since the body thinks it has just done a considerable amount of exercise, the energy cycle at the cellular level starts converting fuel sources, like fatty acids, to output the energy that was thought to have been spent during exercise. This can have a direct effect on the level of endurance activity and the sustainability of that activity. Insulin sensitivity is also noted to be one action that AICAR produces, as the body will think it just went through a series of exercises. Interestingly, in animal studies with obese mice, AICAR showed all of the peptides benefits for obese diet induced mice, yet the healthy lean mice did not reap any of the benefits of insulin sensitivity or increase in glucose uptake. That being said, the application in bodybuilding does not seem very suitable, as these mechanisms are targeted for the out-of-shape and over-weight.

Interestingly, AICAR has been shown to protect against ischemic injury. This type of injury is directly related to the restriction of blood to tissues, which can cause insufficient amounts of oxygen and glucose needed to keep the tissue alive. This can lead to thrombosis, embolisms, and vasoconstriction. AICAR can be used as a stabilizing peptide for ischemic episodes, and it can allow for proper blood flow to the myocardium (heart). This function is very interesting, as AICAR could be fundamentally used to treat the heart muscle in the aftermath of a heart attack. This might reduce the possibility for ischemic injuries. Abnormal growths of heart tissues and heart valve function have also been altered in animal studies that used the peptide AICAR, which is a downside.