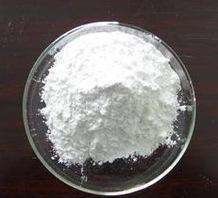 Diphenhydramine is a first-generation antihistamine possessing anticholinergic, antitussive, antiemetic, and sedative properties that is mainly used to treat allergies. It is used to treat a number of conditions including allergic symptoms and itchiness, the common cold, insomnia, motion sickness, and extrapyramidal symptoms.It is also used in the management of drug-induced parkinsonism and other extrapyramidal symptoms.

Diphenhydramine is an antihistamine mainly used to treat allergies.It is also used for insomnia, symptoms of the common cold, tremor in parkinsonism, and nausea.It is used by mouth, injection into a vein, and injection into a muscle.Maximal effect is typically around two hours after a dose and effects can last for up to seven hours.

Medical Uses:Diphenhydramine is a first-generation antihistamine used to treat a number of conditions including allergic symptoms and itchiness, the common cold, insomnia, motion sickness, and extrapyramidal symptoms.Diphenhydramine also has local anesthetic properties, and has been used as such in people allergic to common local anesthetics such as lidocaine.

Allergies:Diphenhydramine is effective in treatment of allergies,it is the most commonly used antihistamine for acute allergic reactions in the emergency department.Topical formulations of diphenhydramine are available, including creams, lotions, gels, and sprays. These are used to relieve itching, and have the advantage of causing fewer systemic effects than oral forms.

Nausea:Diphenhydramine also has antiemetic properties, which make it useful in treating the nausea that occurs in vertigo and motion sickness.