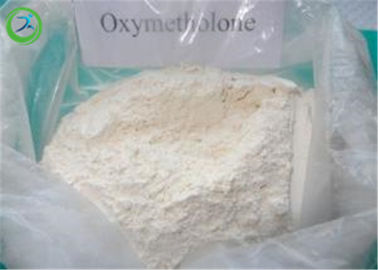 Oxymetholone (Anadrol, Anadrol 50, Androyd) is one of the most popular anabolic steroids of all time in both performance and medical circles. It also represents one of the oldest steroids on the market. Provided by both Syntex and Park Davis & Co. in the 1960’s, Oxymetholone hit the market in an effort to treat muscle wasting diseases, osteoporosis and any such related conditions. While still used for such purposes today, Oxymetholone is also used to treat the low red blood cell condition anemia, and in the U.S. is one of the only reasons the steroid is prescribed; most commonly to HIV patients.

While carrying numerous therapeutic benefits, many of which have been ignored by the FDA despite medical evidence, most who are interested in Oxymetholone are so for the purpose of performance enhancement. If it’s good for treating a muscle wasting disease it’s going to be good for building muscle mass, and this is the primary reason this steroid is a favorite of many performance enhancing athletes.

Oxymetholone is an extremely estrogenic steroid. A dihydrotestosterone (DHT) derivative, like all DHT compounds it does not aromatize but Oxymetholone still carries strong estrogenic traits. Due to this estrogenic nature as well as its tremendous anabolic nature, users of this steroid often report gains of 20-30lbs in only a few weeks, and that’s not an exaggeration. This makes Oxymetholone one of the premier off-season steroids for many athletes, and overall that will be its only performance purpose in a general sense. Of course, as we’ll see later on, competitive bodybuilders often use this steroid for contest prep at the very end, but in the grand scheme of things this is a bulking steroid.

Stacking Anadrol with Other Steroids

An interesting further question concerns combination of Anadrol with other anabolic steroids. For exmaple, adding Anadrol to 50 mg/day of Dianabol gives little added benefit to a steroid cycle; in contrast, adding Anadrol to 50-100 mg/day trenbolone acetate or 60-80 mg/day Anavar (oxandrolone) gives dramatic improvement. In this its stacking behavior is similar to that of Dianabol, but not to that of trenbolone. Likely this is because unlike trenbolone, oxymetholone does not bind strongly to the androgen receptor, and most of its anabolic effect is likely not genomically mediated via the AR.

The right Anadrol 50 dosage varies from person to person, as well. On average, most men use between 25mg and 50mg per day over a period of four to six weeks. Men who are experienced with the compound may use a maximum of 120mg per day, although doses higher than 50mg increase the likelihood of negative Anadrol effects. Remember to measure carefully if you are using an injectable form. If you want to take only 25mg per day, simply break one of the 50mg pills in half.

Typical usage is 50-150 mg/day. In some cases larger doses such as 300 mg/day are used, but when suitably stacked with one or more other anabolic steroids, often there is little further benefit from exceeding 150 mg/day.