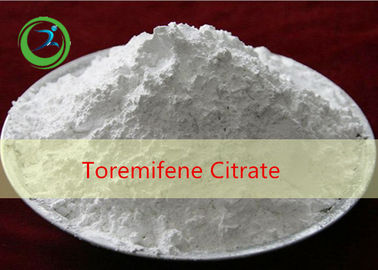 It has already been covered that Toremifene is a SERM, and serves to block Estrogen at various receptor sites in certain tissues within the body (breast tissue in particular). As a layman explanation, Toremifene pretends to be a ‘fake’ Estrogen that occupies Estrogen receptors within breast tissue. With these receptors occupied by Toremifene, real Estrogen cannot perform their jobs there.

Toremifene does not reduce total blood plasma levels of Estrogen. In addition to being antagonistic to Estrogen receptors in breast tissue, it is also antagonistic to Estrogen at the hypothalamus gland (this essentially ‘tricks’ the hypothalamus into thinking there is little or no circulating Estrogen levels in the body, causing it to increase its manufacture of Testosterone so that it can utilize aromatization to restore these levels.

For the anabolic steroid user combating gynecomastia, standard Fareston doses will fall in the 30-60mg per day range and will work very well for most men. If this is not enough protection, while you could try increasing the dose your best bet would be to move to AI use. You will find Fareston works very well in combating gynecomastia due to the use of any testosterone, Dianabol and Anadrol. You will also find it works well with Equipoise and Deca Durabolin.

However, as Deca Durabolin is also a progestin, men who are very sensitive to that hormone may need an AI. The same can be said of the Trenbolone hormone. Trenbolone does not aromatize, but it is a progestin. Further, the use of an aromatizing steroid with a compound like Trenbolone can increase the risk of gynecomastia in some men. While many will not need gynecomastia protection due to progestins and will get by with SERM’s to combat aromatase, some sensitive men will need an AI. Regardless, if Fareston works for you it will cover the entire breadth of the cycle from start to finish.