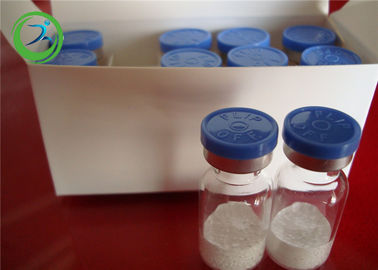 Ipamorelin is a kind of GHRP

Ipamorelin or NNC 26-0161, a polypeptide hormone, is a growth hormone secretagogue and ghrelin mimetic and analog. Ipamorelin belongs to the most recent generation of GHRPs and causes significant release of growth hormone by itself, due both to its suppression of somatostatin (an antagonist to GHRH) and stimulation of release of GH from the anterior pituitary, similar to GHRP-2 and GHRP-6 which are compounds from the same class (growth hormone releasing peptides). The cells that produce and release GH are known as somatotropes. Ipamorelin acts synergistically when applied during a native GHRH (growth-hormone releasing hormone) pulse or when co-administered with GHRH or a GHRH analog such as Sermorelin or GRF 1-29 (growth releasing factor, aminos 1-29).

The synergy comes both due to the suppression of somatostatin and the fact that ipamorelin increases GH release per-somatotrope, while GHRH increases the number of somatotropes releasing GH. There is also a secondary effect of neuronal excitation in the hypothalamus caused by ipamorelin, which lasts for approximately 3 hours after application, similar to GHRP-2 and GHRP-6.

Compared to GHRP-2 and GHRP-6

However, unlike pralmorelin (GHRP-2) and GHRP-6, but similarly to growth hormone-releasing hormone (GHRH), ipamorelin does not stimulate the secretion of adrenocorticotropic hormone (ACTH) or cortisol, and is highly selective for inducing the secretion only of GH.

Ipamorelin has a unique property among the GHRP class of peptides. That property is known as selectiveness. Whereas GHRP-6 and GHRP-2 cause a release and increase in cortisol and prolactin levels, ipamorelin only selectively releases GH at any dose. Further, a mega-dose of ipamorelin results in a concomitant mega-release of GH (up to the entire amount present in the pituitary), whereas GHRP-2 and GHRP-6 have limits of approximately 1mcg/kg in humans for their maximal GH release.