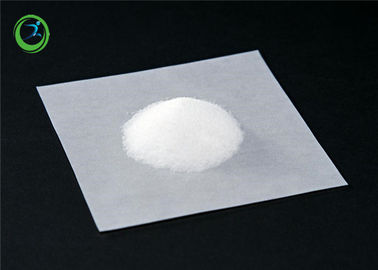 Oxiracetam and piracetam, aniracetam is currently commonly used in clinical three kinds of metabolic improvement of drugs for the pyrrolidone derivatives, by the Italian company Skebiqim in 1974, successfully developed, listed in 1987 . The mechanism of action of oxiracetam is similar to that of piracetam, which can promote the synthesis of phosphorylcholine and phosphoryl ethanolamine, increase the ratio of ATP / ADP in the brain, increase the synthesis of protein and nucleic acid in the brain, and improve the senile dementia And memory impairment in patients with memory and learning function. In animal experiments, it can be found in a variety of behavioral experiments can improve memory function and learning performance, can reduce the brain electrical shock caused by memory impairment, antagonistic spontaneously hypertensive cerebrovascular injury in rats learning ability reduction, it can Increased acetylcholine in the cortex and hippocampus of the rat was enhanced in favor of choline uptake. For brain damage and caused by neurological deficits, memory and treatment of mental retardation.Olaxetan biggest advantage is that water-soluble, more suitable for injection. Ola Xitan approved the import of China in the nineties, gave the business was better, slightly stronger potency of aniracetam large impact. Domestic and foreign studies have shown that oxiracetam compared with the brain rehabilitation (piracetam) has a higher pharmacological activity and significant clinical efficacy, known as the brain rehabilitation of alternative products.

Mechanistically, oxiracetam appears to increase long term potentiation (LTP) in isolated hippocampal slices at 1µM similar to Aniracetam. This increased signalling efficiancy in hippocampal cells is thought to be related to both an increased release of glutamate and D-Aspartic Acid from hippocampal cells when activated at a concentration of 0.01-5µM (without affecting outflow of glutamate or D-AA when the neurons were not activated) and enhancing glutaminergic signalling via AMPA receptors, which oxiracetam is a positive modulator of and AMPA receptors are the ones mediating late expression of LTP.

Oxiracetam appears to be active in enhancing signalling through the AMPA glutamate receptor as a positive modulator at 1-100µM (no clear dose dependence) with a KD of 214+/-35nM which is a property similar to both Aniracetam (176+/-7nM) and Piracetam (KD 190+/-51nM). Oxiracetam does not displace aniracetam binding from the AMPA receptor, and when investigating further it is found that these molecules increase the Bmax of the low affinity component of AMPA receptor signalling but not the high affinity component and this increase in Bmax is comparable to the other two mentioned racetams.